Pol or  पोल (in Hindi ) refers to a specific type of gate and is a part of an outer perimeter of the premises. One of the distinguishing features of any Pol is the presence of a large wooden gate with a smaller gate framed into it for greater control on the ingress.

The wall must be high and broad enough to allow installation of such a gate. In earlier times such Pol was heavily guarded and controlled as these were the only entry and exit points of the city. They formed part of the primary defense of any city or settlement. Pols were not unique to Jaipur rather they were common across Rajasthan and rest of India. Such gate designs were prevalent even in places like Morocco.

Here are a few pictures of Pol and gates in Jaipur.

Pol at Ghat ki Guni, Jaipur. One can see Pol on the other side too. 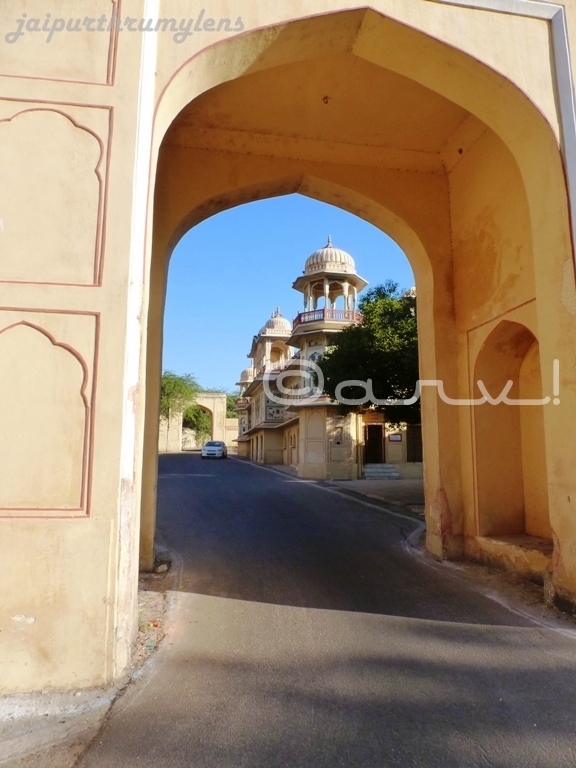 Another picture of the same Pol from the other side on a different occasion.

For a change here are two pictures of  Pol in black & white.

Pol at Samode Palace in the village of Samod, near Jaipur. 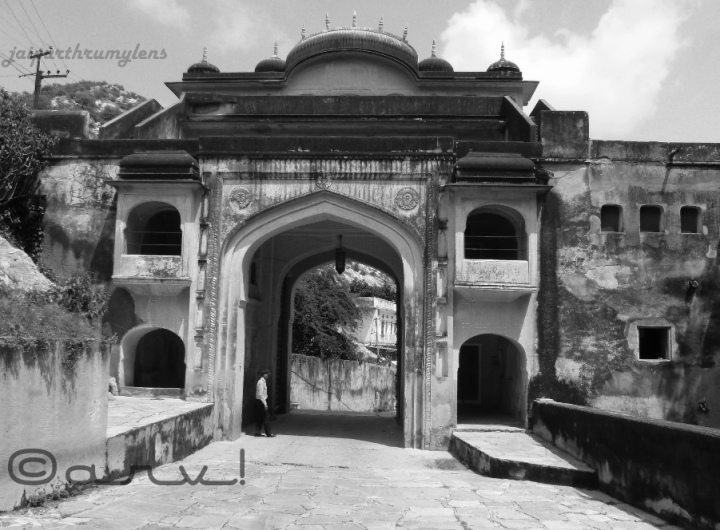 Below picture was framed in Amer town, near Jaipur. 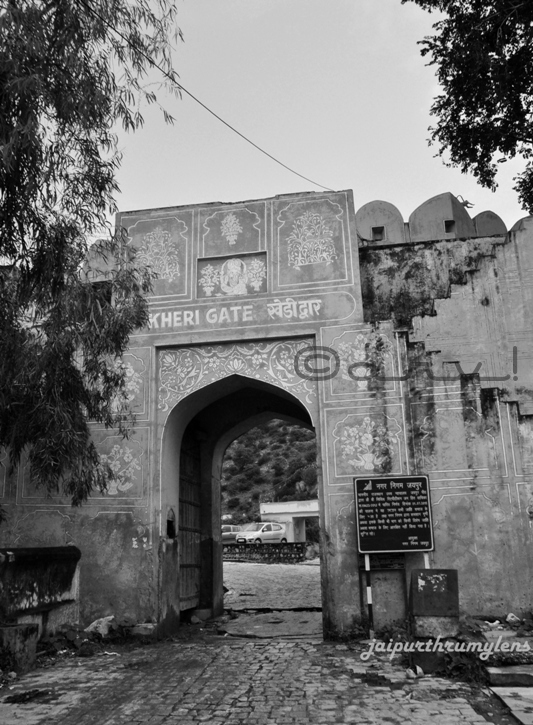 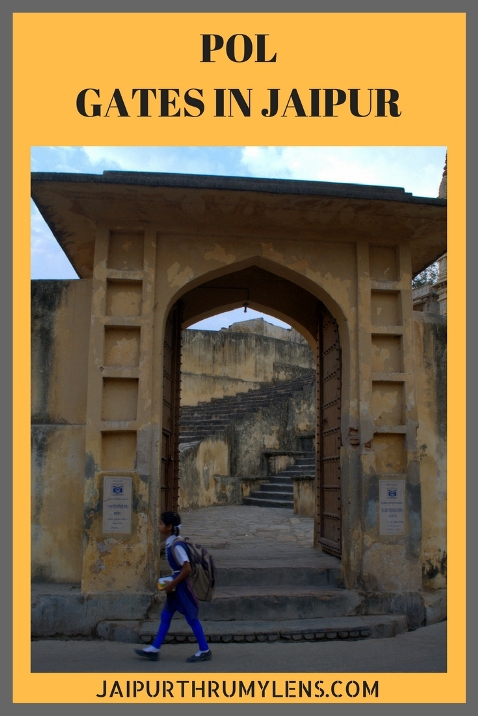