Jaipur Masala Chowk is a new open-air food court in Ram Niwas Garden where you can enjoy the local flavors of Jaipur.  Masala means spice and chowk means public square or an open area. The word hints at a place with a variety of shops and kiosks serving street food. Initially, it was meant for the tourists since it is close to the popular tourist attraction, Albert Hall Museum in Ram Niwas garden. However, it has become a runaway success among the locals. The success of Jaipur Masala Chowk has prompted authorities to open similar food courts in other cities of Rajasthan.

The reason for its runaway success is understandable. Here’s why Jaipur Masala Chowk is so popular. 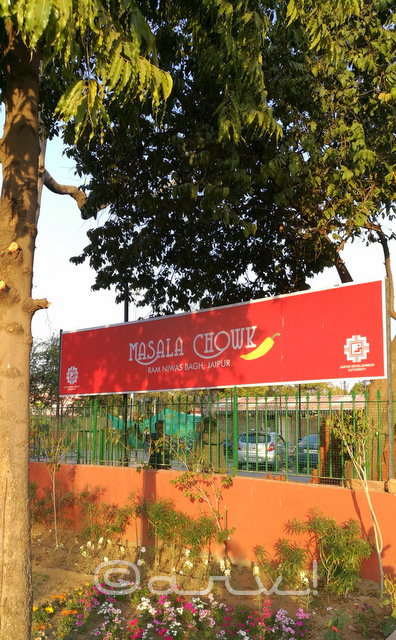 The reasons for the popularity of Masala Chowk in Jaipur

Samrat Jaipur is well-known for Samosa and Jalebi. The original outlet of Samrat is in Chaura Rasta. They have recently opened another one in C-Scheme area.

It is a well-known shop for Mishri Mawa and Gulab Sakri. The establishment’s first outlet is in Johari Bazaar.

Shankar Samosa is not a very old outlet like others but has become popular for Samosas in the Raja Park area.

Gulab Ji Chai s famous for Chai/ tea. This shop has become one of the popular places for tea in Jaipur. The person who started this shop is 90 years old and still makes Chai every day. Before serving their customers at Ganpati Plaza, their first shop, every morning the owner serves it free to the poor people.

This shop at Masala Chowk is famous for Masala Dosa and Uttapam. Caveat- It doesn’t taste like the ones in South India!

Gopal Singh is one of the legendary names for Gol-Gappa/ Pani Puri/ Puchka. This is one of the original shops in the Kiran cafe compound in Ramniwas Bagh.

Prem Prakash Samosa is famous for low spice and low salt Samosa. Their original shop is in Golcha Cinema in Chaura Rasta 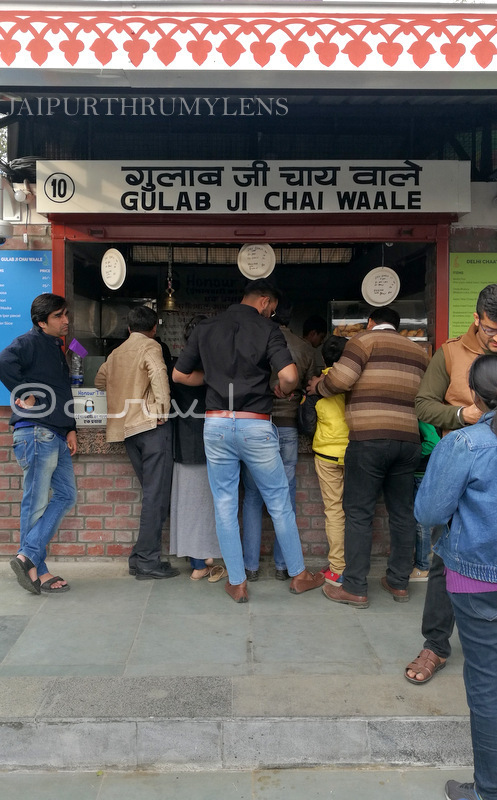 Masala Chowk brought back memories of Kiran cafe which was very popular among Jaipur residents for years and operated in another part of Ram Niwas Garden. In the 1970-80s, Kiran café was one of the few options for eating out in Jaipur. It was a favorite weekend destination for the families until authorities decided to pull a plug as the millennium approached. Kiran Cafe was extremely popular because of affordable prices and consistent quality.

Residents who grew up in the ’70s & ’80s fondly recall this place as a circus ground. Many Indian and Russian circus camped here providing affordable entertainment options to the people. In 90’s the concept of circus went away and so did circus. Later an amusement park by the name of wonderland operated for a couple of years. This place has been vacant ever since Wonderland closed down. The Jaipur Development Authority (JDA) continue to call this place “Wonderland Park”. 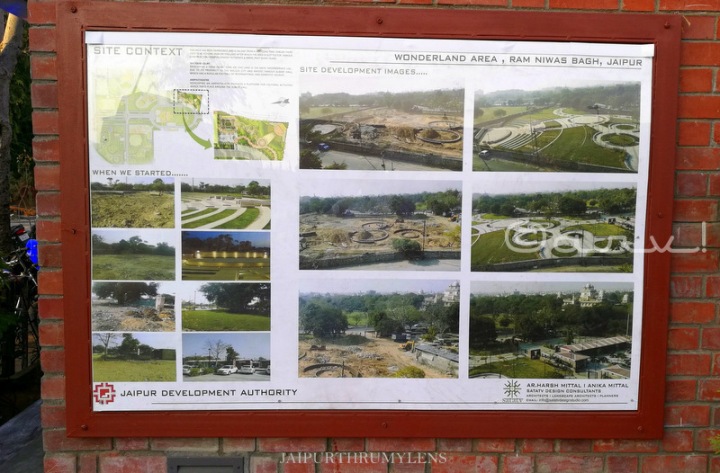 Then and now pictures by JDA depicts the development in progress. From Wonderland Park to Masala Chowk!

However, one can find cars parked in the vicinity in excess of this capacity. Masala Chowk Parking is a bit of menace as one needs to park their car at Ramniwas Bagh underground parking lot near Ravindra Manch theatre once the dedicated parking lot becomes full. Another car parking lot can be found near Ramniwas Garden entry gate on JLN Marg. This is the south gate of Ram Niwas Garden.

To reduce the influx of crowds, the JDA authorities decided to charge a Masala Chowk entry fee of Rs 10 per person. I’m not sure if it has any desirable effect. On a positive note, it is not taxing for the middle class.

There is a park area attached to Masala Chowk. JDA, the local authority responsible for implementing this concept has plans to hold various musical and entertainment programs for the public in this park.

Masala Chowk’s opening time is 9 AM. There is no standard closing time since every outlet follows a different time. Generally, it is open between 9 AM to 10 PM.

Ramniwas Bagh Timings– Ramniwas Garden is open for visitors and traffic from 8 AM to 11 PM only. After 11 PM, the gates of the garden are closed for the public. Make sure you plan your trip to Masala Chowk accordingly.

How to reach Masala Chowk? The Location

Masala Chowk provides an authentic street food experience in Jaipur and is worth a visit. With its central location, the deal only gets sweeter! Your timing needs to be right to enjoy Masala Chowk’s experience. I recommend visiting Masala Chowk during the daytime or early evenings to avoid the crowd. It is best to combine it with a visit to the Albert Hall Museum. Masala Chowk is sure to keep your pocket happy with its affordable food price.

Check out other interesting posts on Jaipur Food Guide

112 thoughts on “Why Are Jaipur Masala Chowk Shops So Popular?”