Patrika Gate in Jaipur needs little introduction, it is the most Instagram worthy place in Jaipur. This magnificent building features high on the list of Instagrammers, travelers, and fashion bloggers. Consequently, it is one of the most popular places for photo-shoots in Jaipur.  The perfect symmetry of the building and an assortment of pastel-colored interiors are just right for a beautiful photographic opportunity. There is little doubt that people instantly fall in love with this building. 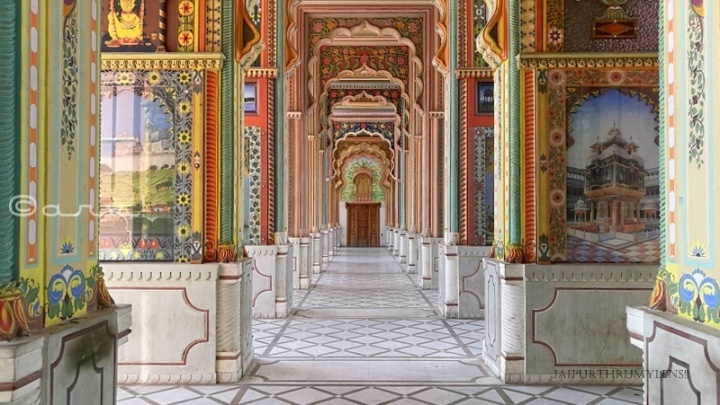 Patrika Gate derives its name from newspaper and media company-Rajasthan Patrika. The gate is built on Jawahar Circle near Sanganer International Airport. It is on the southern end of JLN Marg which connects Ramniwas Garden on the north side and Jaipur International Airport on the Southern end. Here is a picture of the Patrika Gate when it was built in 2016; it wasn’t open to the public then. 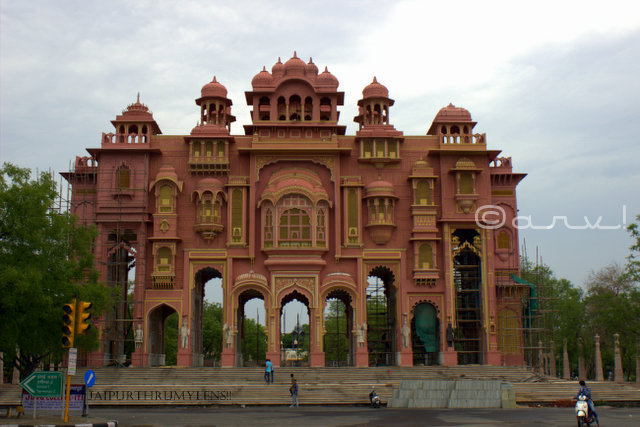 The idea of building this gate is linked with the old city gates of Jaipur walled city. When Maharajah Sawai Jai Singh II founded the pink city in 1727 AD, he secured the perimeter with a wall and eight gates. The city was founded on the principles of Vaastu and Shilp Shastra. As per a distinctive feature of the layout, key buildings and temples were built on the same axis; namely Garh Ganesh Temple, Govind Dev Ji Temple, Jaipur City Palace, Triploia Gate, New Gate, and the Albert Hall Museum.

It is being claimed like the walled city, numeral nine plays a critical part in the making of the Patrika Gate. There is a total of nine pavilions. Each pavilion is 9 feet wide. The width of the gate is 81 feet and height 108 feet which coincides with the width of principal markets in the walled city. Some experts claim it to be 111 feet and not 108 feet. Patrika Gate is being touted as the ninth gate of Jaipur. 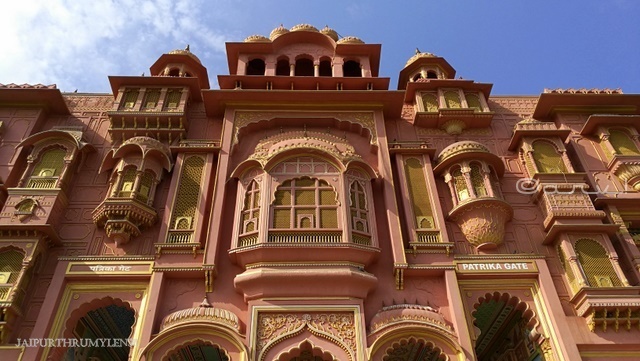 Each architectural element and design is unique and not repeated. It makes for a remarkable place for the architecture students and art lovers to visit for inspiration. 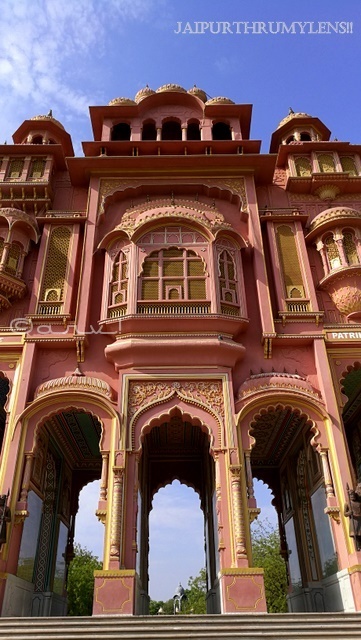 The building facade is pink in color which is many shades lighter than the famous Jaipur pink- terracotta pink. The facade is flanked by figures of elephants, horses, and soldiers. These are important elements associated with the valor of the princely states of Rajasthan. Battles and wars comprise an integral part of the history of princely Rajput states. 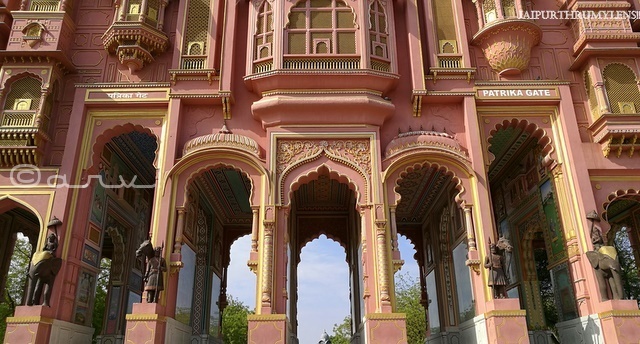 Looking at the architecture of the Patrika Gate, it is evident that architects have devoted a lot of time to arrive at the final design. It is hard for a layman to understand the painstaking efforts required to design this masterpiece. 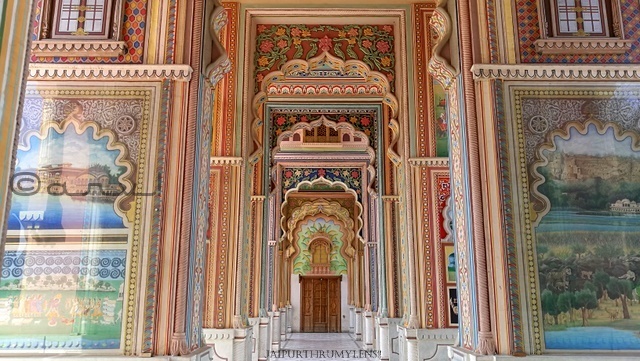 Apart from these, the artists have also depicted the scenes from daily lives that were popular subjects of ancient and medieval paintings. In sum, It is an impressive visual experience for the artistically inclined. 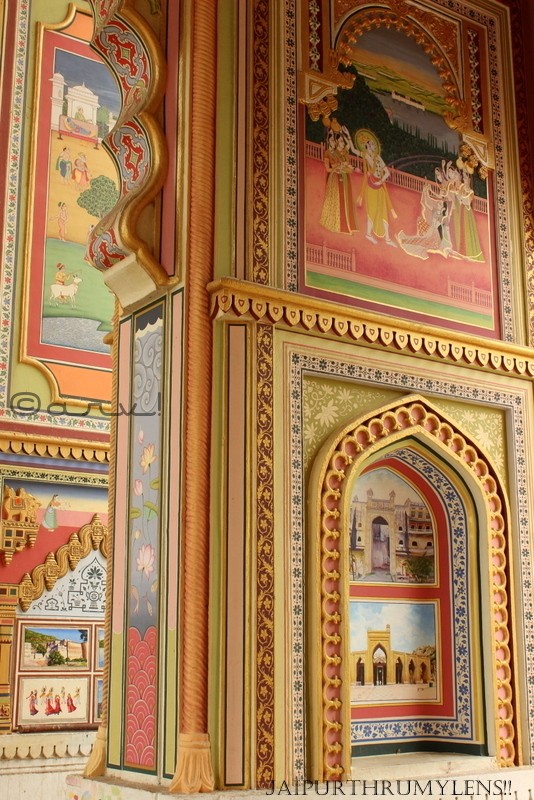 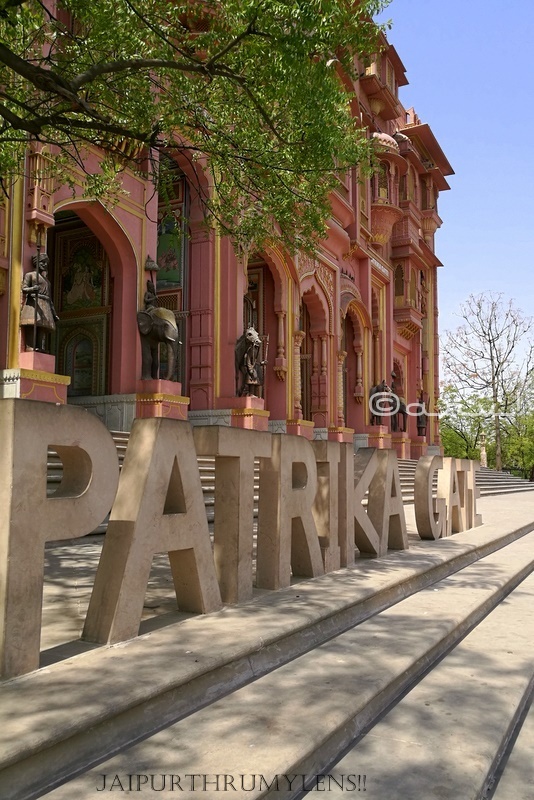 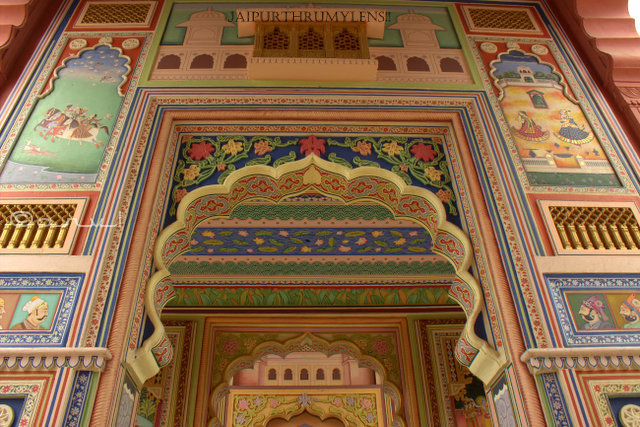 There is no functional purpose of the Patrika gate. Therefore, it cannot be clubbed with old Jaipur Gates. 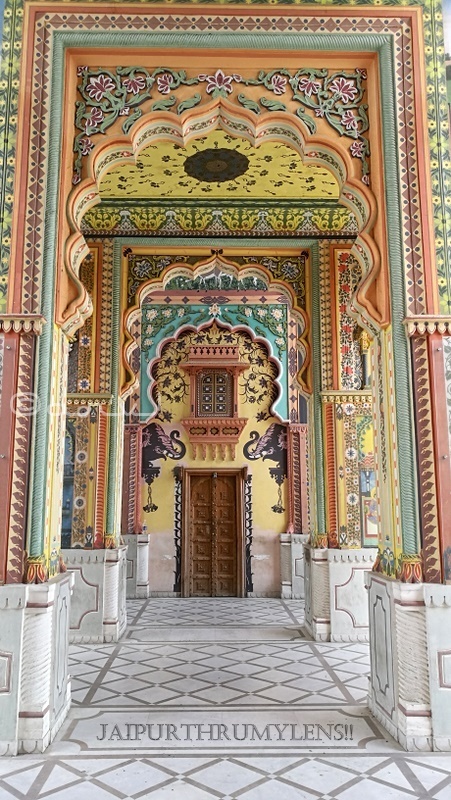 I find Patrika Gate an outstanding place to witness the rich & vibrant architectural and cultural legacies of Rajasthan. It is not merely a splendid place for photographic opportunities. One should expend adequate time to enjoy each of the painted panels. Do note panels have been covered with transparent plastic sheets to preserve the work of art. 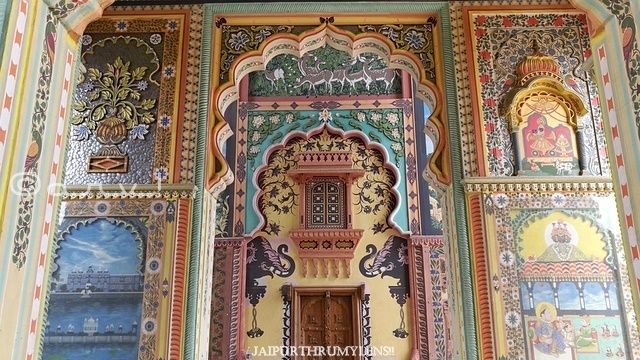 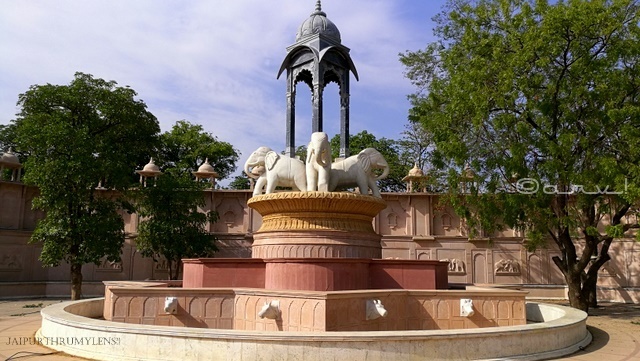 How to reach Patrika Gate?

It is effortless to club your visit to Patrika Gate if you are flying in or out of Jaipur since it is just a kilometer from the airport. If you are using the Uber/Ola app, set your destination address as Jawahar Circle. 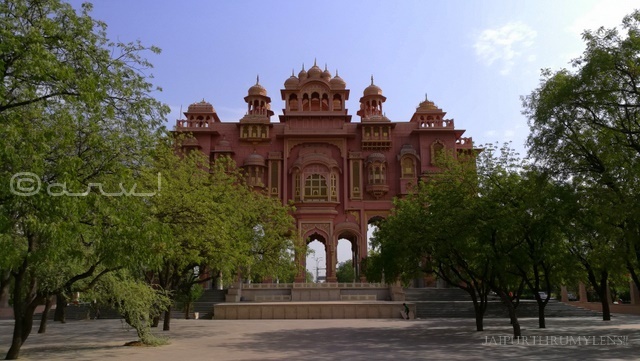 It is open throughout the day but best visited from morning to evening with enough sunlight. Visitors often report that the worst time to visit this place is during sunrise or sunset when pre-wedding photographers and couples swarm this place. 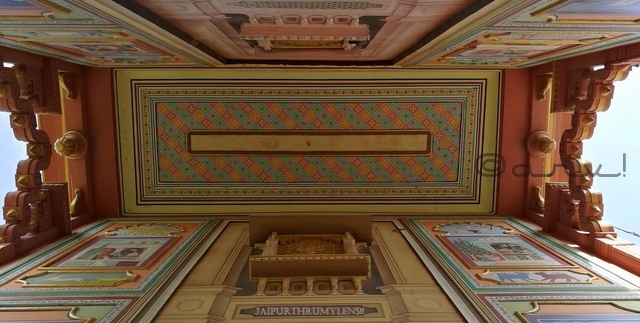 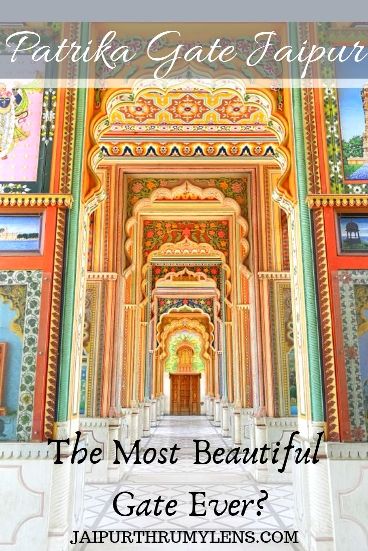 127 thoughts on “Patrika Gate Jaipur | A Snapshot of Rajasthan”