I initially heard about Lohargal a couple of years ago when a trekking group in Jaipur mentioned about one of their trips in this region. Initially, I had planned to visit Lohargal with Harshnath Temple, but this couldn’t materialize. My visit to Harshnath was a last-minute plan and I didn’t possess sufficient time to visit Lohargal. Subsequently, I thought of clubbing it with a trip to the Shekhawati region. 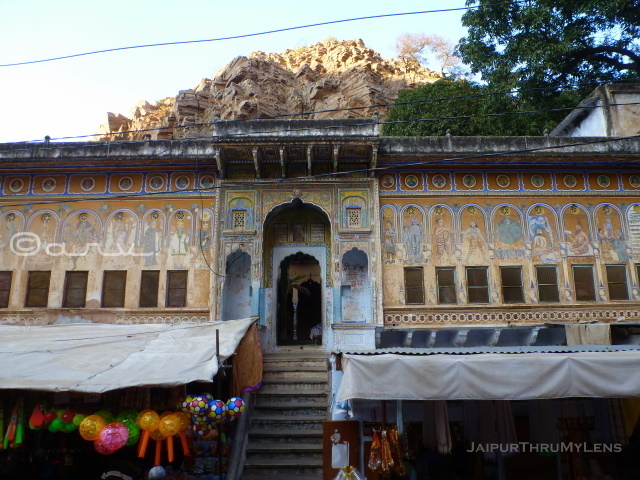 Lohargal is a picturesque place at a halfway between the Sikar and Udaipurwati. It is nestled in between the Aravali hill range. Incidentally, Lohargal is a termination point of the Aravalis hills. It lies in the Shekhawati heartland within close proximity of Sikar, Nawalgarh, and Jhunjhunu.

My visit to Lohargal was brief owing to the paucity of time. I visited this place during my trip to Shekhawati. The numerous shops lining the narrow lane leading to the Surya Kund and the temple had closed down; the devotees were heading back to their towns and villages. The site bore a desolate look on a Saturday evening.

Lohargal when literally translated means a place where iron melts. Many religious tales & events are associated with Lohargal. Out of many, two remain the most popular ones.

The first one relates to Mahabharata. The Pandavas were unhappy with the outcome of the war in which they had to kill their stepbrothers- Kauravas. They wanted to tide over this guilt. Lord Krishna advised Pandavas to visit a place where their weapons would vanish on its own. Pandavas examined many religious places but couldn’t find any such place. It was at Lohargal the weapons vanished after immersing them in the water of Surya Kund. This made Lohargal an enormously recognized religious site.

Another popular legend relates to the history of the Maheshwari community. The prince of Khandela Sujansen visited Lohargal and mistreated the Yogis and saints engaged in religious rituals. This made saints angry, they turned prince and the soldiers of his entourage into stone idols. It was only after pleading by soldier’s wives, Lord Maheshwar or Shiva turned them back into humans. He instructed soldiers to take a dip in the Surya Kund. Like a miracle, their weapons melted in the water of the tank. Lord Maheswar asked them not to lead a soldier’s life, henceforth. These men started worshipping Lord Mahesh and came to be known as Maheshwari’s. This community is recognized for business acumen and is one of the leading business communities in India. Birlas and Lohias are few of the well-known Maheshwari business houses in India.

Yet another legend relates to Lord Parshuram spending a long time in Lohargal for penance. It is hard to check the truthfulness of any such legends. During ancient times, Lohargal was home to only saints but that has changed now. I came across many Ashrams. Indeed, the picturesque setting makes for an excellent place for Ashrams.

The Surya temple retains a substantial following among locals and has an idol of Surya Bhagwan and his consort Chhaya. It in addition contains idols of Lord Venketesh. Many Maheshwari visit Lohargal it being the birthplace of the community.

There are many temples in Lohargal. One of them is set on a hilltop called Bankhandi Baba. The temple of Malketu involves climbing through 400+ steps. This is furthermore a popular trekking place in Rajasthan. Some people call it Barkhandi Trek.

The Famed Mango Pickle Of Rajasthan?

Lohargal being placed in a valley, there are many mango trees. There are around 60-70 farms having close to 6000 mango trees in this region. Over a period of time, this led to mushrooming of the mango pickle cottage industry. The acitivity related to mango pickle starts in May month once the fruit is ripe.

Mango pickles of Lohargal are much in demand. These days these pickle shops sell all kinds of pickles and not just mango pickles. There are 12-15 families engaged in pickle trade. The process of pickle making takes around 1.5-2 months. Once ready, the shelf life of pickle is around two years.

As per locals, the Sun temple in Lohargal was built by King Suryabhan. It is one of the few temples in India of Surya Dev with his consort Chhaya.

There is a popular legend associated with the construction of the Sun temple. As per this legend, King Suryabhan was blessed with a daughter, but she was a handicap. Upon checking with the astrologer, he was informed that she was a monkey in her past life & died at the hand of a hunter. The hunter left her dead on a Banyan tree. Her body fell in Lohargal Dham except for her hand. The Kund being sacred she took birth as a princess. To cure her handicap state, her hand also should be immersed in the sacred water of Lohargal Kund. The king dispatched his men to remedy the situation. Once the princess recovered, he decided to construct a temple at Lohargal dedicated to Sun God because he headed this region. During ancient times, this region was considered “Surya Chhetra”.

The priest considers the blessing of Lord Vishnu behind the source of water of the Surya Kund.

A special mention needs to be made of the ancient stepwell or Baori of Lohargal, one of the big stepwell of Rajasthan. The Chetan Das Ki Baori in Lohargal is hard to find. 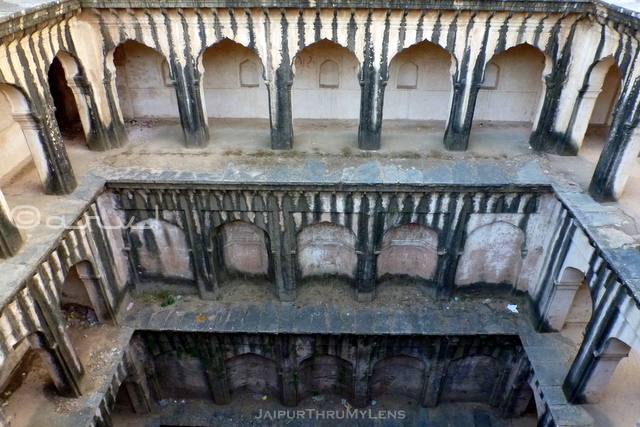 I had to make a lot of effort to find the same. There is little information about its history or year when it was established. It is presumed the Baori is approximately 500 years old and was built by the local king at the request of saint Chetan Das. The Baori represents an extension of the adjacent temple. It was common in the Shekhawati region for the rulers and merchants to build Baoris and wells for the public.

The stepwell is not in good condition anymore. I’m not quite sure if the restoration has taken place in the past. A few Chhatris on the wall adjacent to the temple are in a bad shape and a need for an urgent repair. 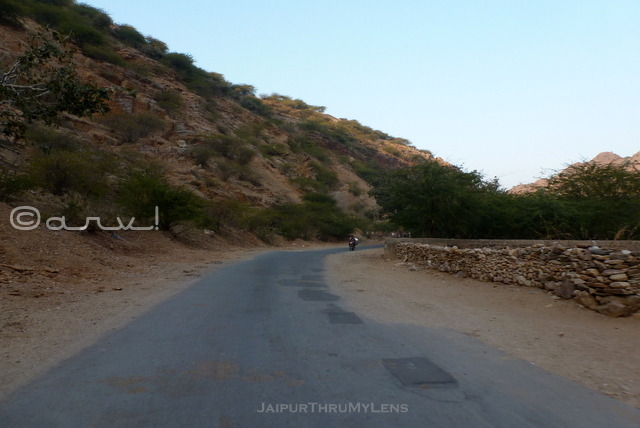 Lohargal is near Udaipurwati in the Jhunjhunu district of Rajasthan. This is in the Shekhawati region, popular for its painted Havelis among travelers and tourists. 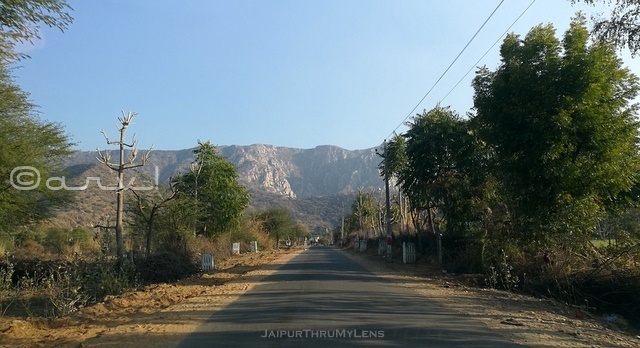 There is a parking lot and many Dhabas and eating joints. Finding a good and clean toilet is a challenge.

Is it worth Visiting Lohargal?

Lohargal is a picturesque place and is best clubbed with a visit to the Shekhawati region. It is an ancient Hindu religious site. The topography of the valley in Lohargal is dominated by many mango and Banyan trees among others. Some of these Banyan trees are very old perhaps more than 100 years. For someone seeking to explore a scenic place along with local culture, you can’t go wrong. It is best to club it with a trip to Shekhawati.

The Aravali hills on the other hand have Acasia trees and Dhok trees. Many people visit Lohargal as a day trip from Jaipur. Personally, I love the drive from Ringus to Lohargal via Udaipurwati because it is scenic. Monsoon is the best time to visit Lohargal and worst is during the local festivals/ Mela like Somvati Amavasya.

54 thoughts on “Lohargal Rajasthan | A Hidden Gem Of Rajasthan”